There is something special about medium where you don’t speak language. As you move in, a brief friction is followed by quiet. At its busiest, you remain in your personal space. Your thoughts can reach further, stay sharper.
Ads don’t work on you anymore—you don’t get distracted on them as much. It is surprising how much power they loose without appropriate textual or verbal message. Certainly, vivid imagery still provoke emotions, but, without catchy message, now it is up to you to come up with interpretation. Ads are notoriously crafted to stick in your mind and alter the way you think. They don’t make you smarter. If anything, they plant into your head agenda from people whose intentions go hardly beyond getting your money, by any means. The dirtier the intentions—the stronger ads become. But now, that you break free, wouldn’t you want extra capacity to focus on what you think is really important?
You don’t get involved into surrounding chatter. Of course, it is good to peek sometimes into what other people are up to, but it is your choice now whether to focus on that. Their life gets private and you don’t get any extra cognitive or emotional load. You get an On–Off switch; you get a good sense about people from the way they talk; you observe better; non-verbal signals bolden. And you certainly get the same feeling from the place. Busy Philz in San Francisco, BlueBottle in New York, CoffeeNero in London, CoffeeBean in Seoul—all keep their ambient charm. You are going to get the same vibes wherever you go.

But wouldn't be communication hard? No, it's rather the opposite—it becomes more efficient. Most people around you don’t speak English well, although, given enough opportunity, they understand it perfectly. You start talking more clearly, carefully choosing the right words to convey the exact message in shortest way possible. You strip it to the essence. People who do not get used to this mode of communication try to tell way more than they actually need to, it overwhelms and leads to frustration. You give people more space and become better listener. You may not eloquently converse about ingredients of some dish at restaurant, but you would also never face anything unresolvable. After all, people still know what thumbs-up means. It takes only one good word at the right time to make the day brighter. Make it count. 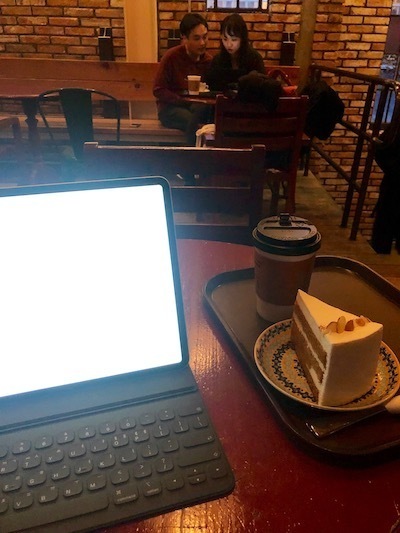